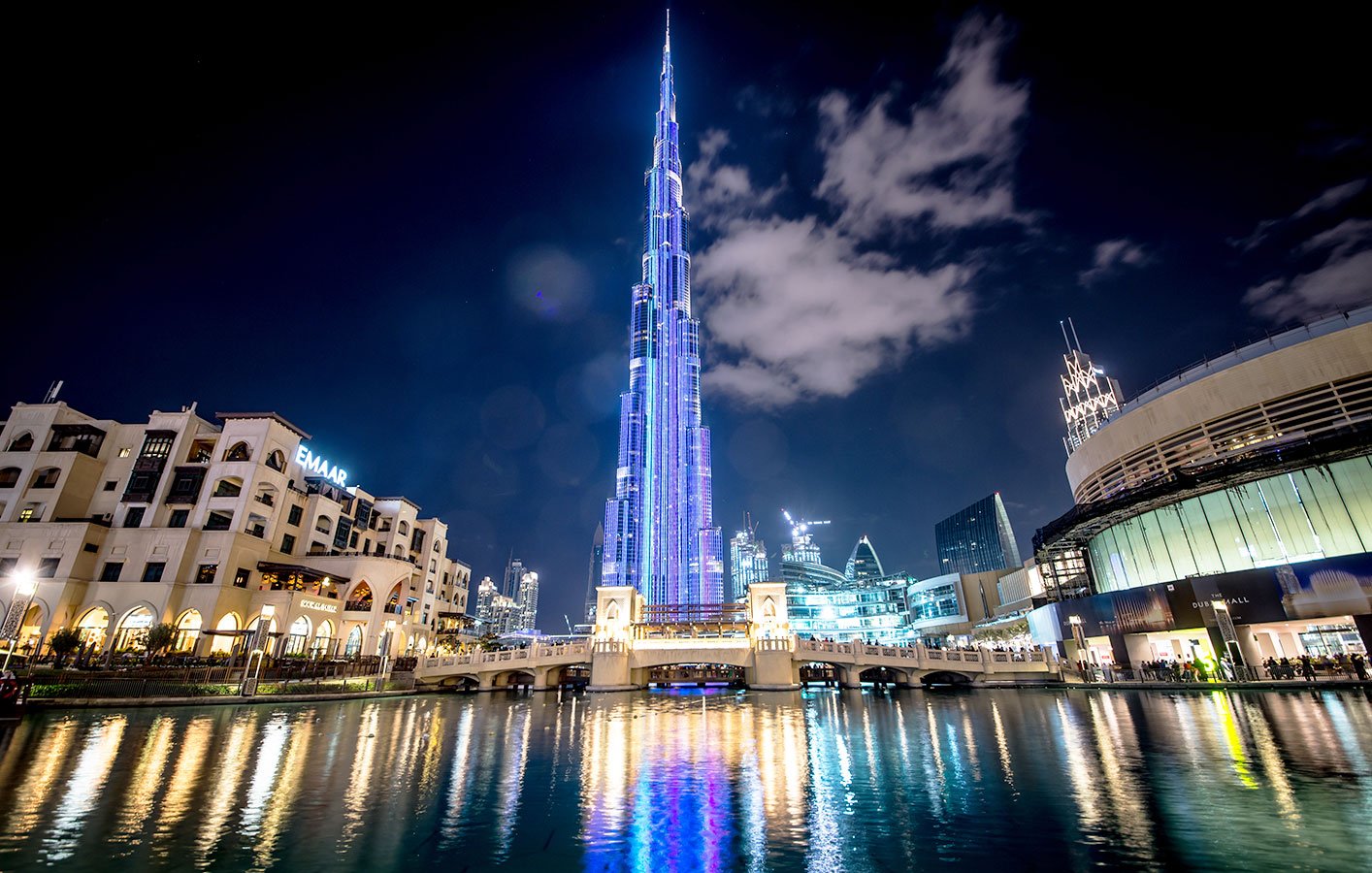 SACO Technologies was tasked with designing a permanently mounted system capable of delivering high-resolution video capabilities. They selected the disguise production toolkit integrated with SACO’s own systems to power the LED screen running the length of the world’s tallest building.

Burj Khalifa, developed and owned by Emaar Properties Dubai, rises 2,722 feet and 163 stories to pierce the desert skyline. It teamed with SACO on an initiative to light up the skyscraper’s east façade and provide high-resolution video capabilities for what became the ‘Light Up 2018’ New Year’s celebration. The groundbreaking show, viewed by more than one million people on site, earned a Guinness World Record for the largest laser light and sound show on a single building.

For the ‘Emaar NYE 2019’ show the scope was even more ambitious. The production, extended through to March 2019, and set two more Guinness World Records: the largest LED-illuminated façade, and the tallest LED-illuminated façade. The project required replacing the existing temporary system with a permanently mounted system consisting of the latest in LED technology, video processing and disguise pro range servers, all designed and implemented by SACO. German-based disguise studio and rental partner bright! studios were responsible for designing the NYE show, and the resulting 3-month extension, handling the animation work and the shows creative direction. 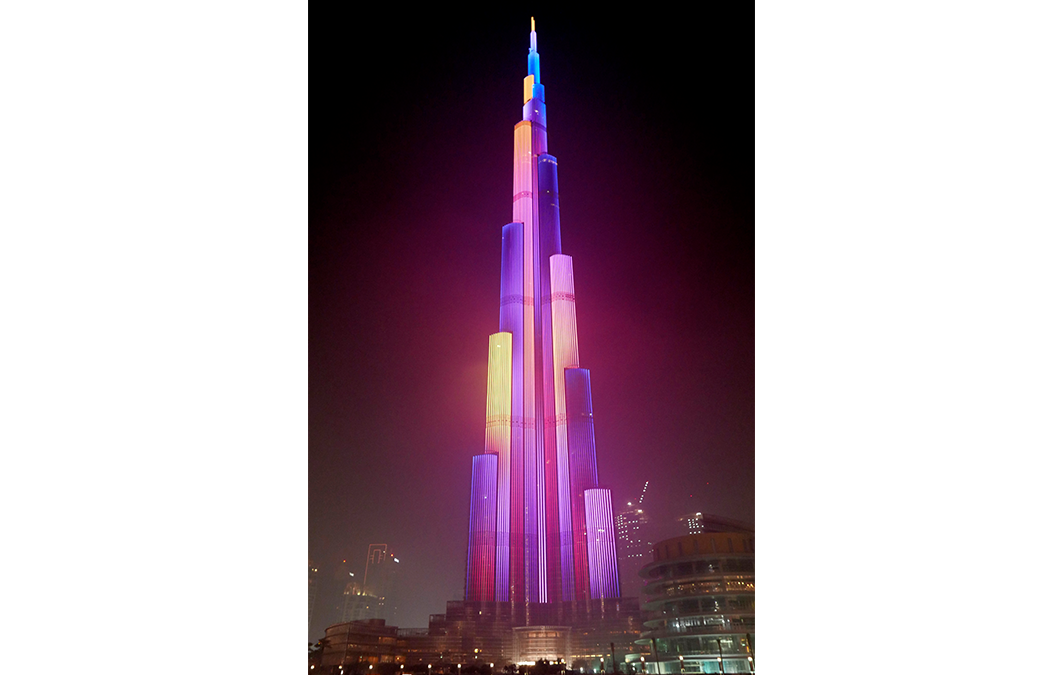 The SACO solution, which utilised its innovative V-Stick technology has 20 times more resolution than the previous system and extends virtually the entire height of the structure. It comprises more than 17 miles of V-Stick LED video/light fixtures and boasts 1,139,144 RGB pixels, mapped and powered by disguise.

SACO chose a disguise 2x4pro’s to drive the complex media display. “We’ve been working with disguise since the very beginning and have developed an interesting workflow between our two companies,” says Jonathan Labbee, Executive Vice-President & COO with SACO. “SACO has also developed a processor mapping tool, which directly uploads coordinates to the disguise unit. To help bring the integration to the next level, SACO also collaborated with dandelion + burdock who they have worked with for several years. dandelion + burdock, a disguise studio partner, specialises in custom disguise solutions and developed a workflow and devised content for the project. 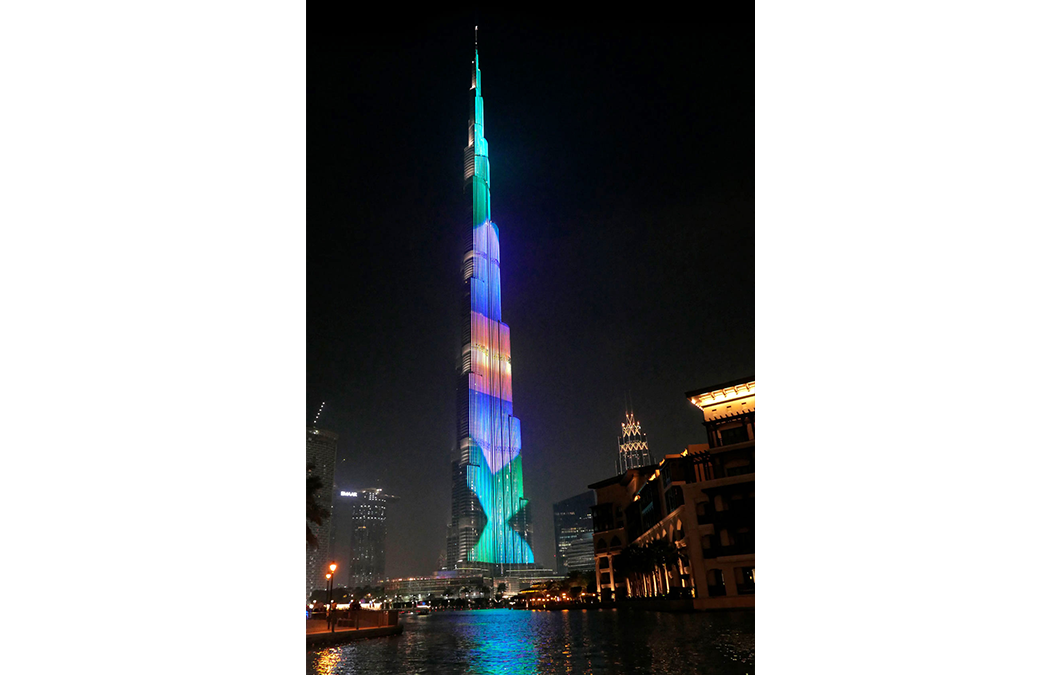 “Saco's integration was meticulously planned out, and we managed to deliver an absolutely extreme 29628 vertical pixels,” explains Nils Porrmann, Director at dandelion + burdock. “The size of this undertaking only becomes clear at the site itself. With the bottom-most pixel at 210 feet from the ground even extremely long photographic lenses would only give us a moderate resolution to debug the installation and verify each pixel. It has been a great honour for our studio to work on the creative workflow of the tallest building on earth, and we have unspeakable respect for the installation team we worked with,” concludes Nils.

To handle the large-scale nature of the project SACO needed to “maximize the video processor raster” and ensure that the show control component was designed around the SACO and disguise systems. “The functions and features of disguise that were particularly helpful were its 3D mapping tool and live input capability. The ability of the software and hardware to manage very large video files was very helpful, too,” Jonathan explains. 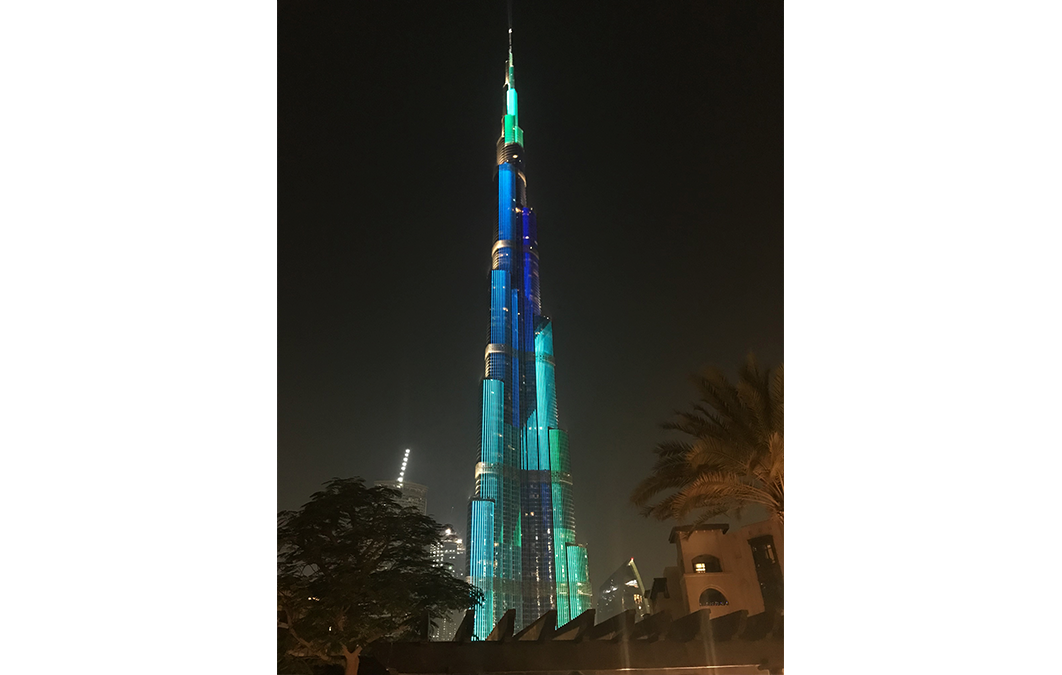 Six custom multimedia shows were created by SACO Media Collective as part of the Burj Khalifa daily content. It was important that the visual content related to the building and its architecture, impressing visitors by presenting visual effects to trick the eye and enable the architecture to take on a ‘second skin.’ Whether with colours, lighting effects or 3D deformation, the content was never flat to the surface and used the building’s curves and depth as its canvas.

“For the actual content production pipeline, two different templates were created in Adobe After Effects to allow content to fit perfectly our system specifications, SACO’s technology and the building architecture,” explains Marie-Christine Dufort, Creative Director with SACO Media Collective. “Even though the building is really tall and the accurate pixel count was enormous, the templates were easy to use and helped create any type of content very efficiently. A simple 3D model was also used for 3D and architectural effects and animation.”

The templates were not only created for the team’s use but also to produce the technical specifications and guidelines for any content creation for Burj Khalifa’s new screen. “Emaar and the Burj Khalifa team wanted the possibility of presenting their own content in the future as well as giving an opportunity to young creators to present work of their own through an open call,” Marie-Christine says. 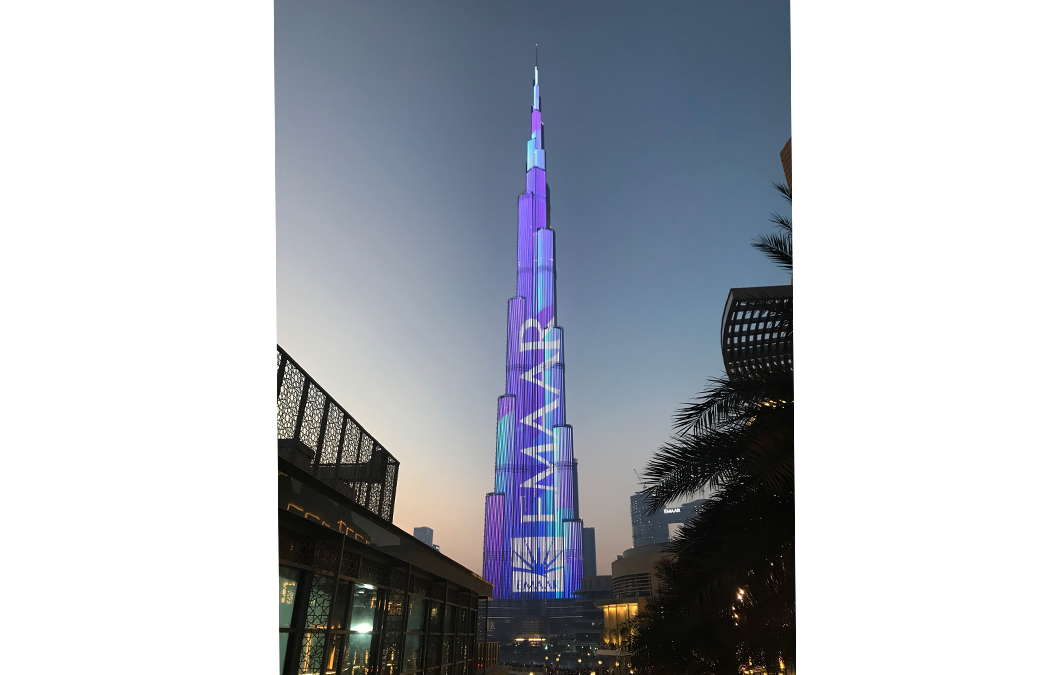