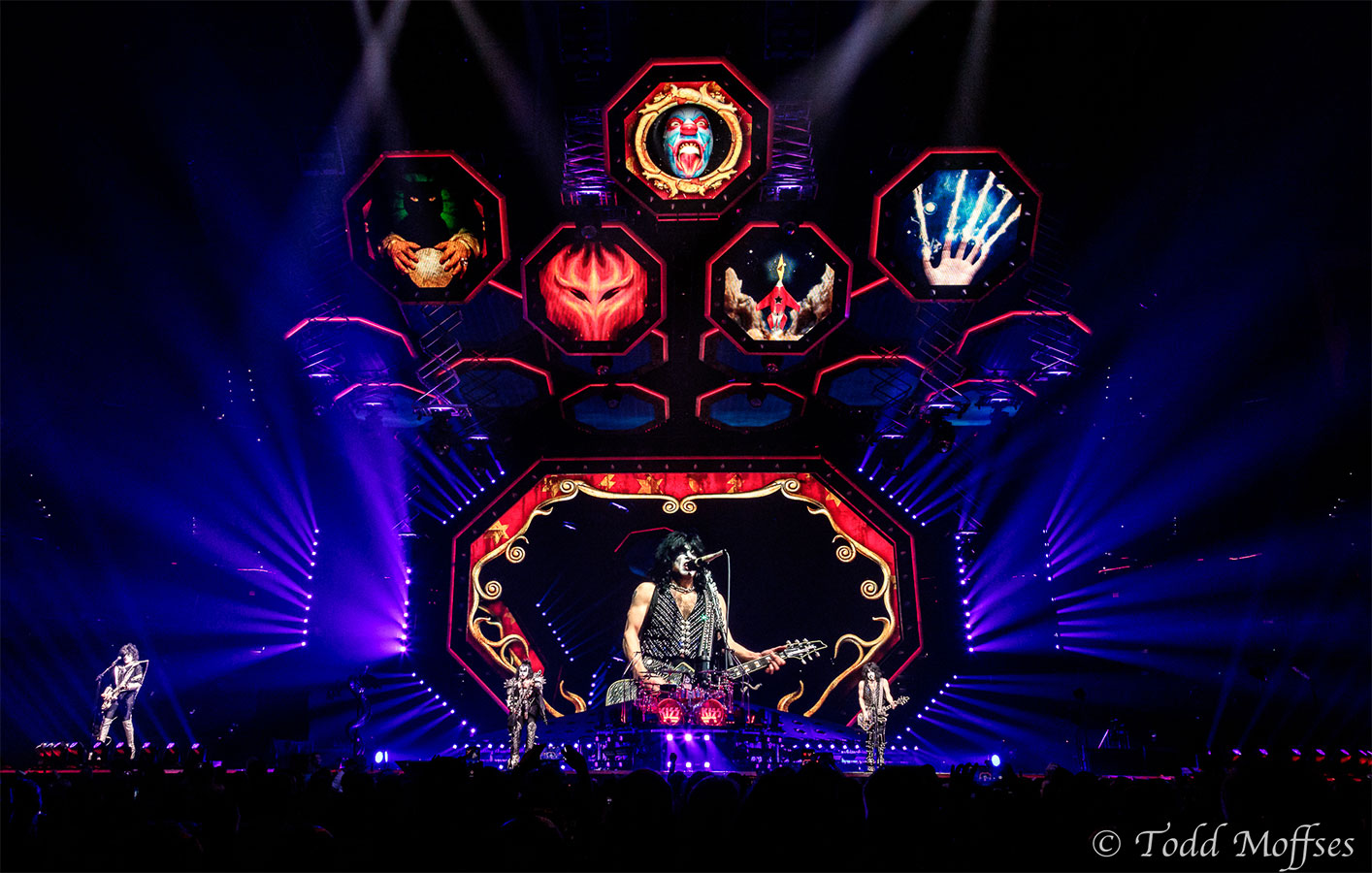 KISS embarks on the ‘End of the Road’ World tour with disguise driving complex and dynamic final shows.

Iconic American rock band KISS are currently playing their last ever shows with the ‘End of the Road’ World tour. The band, who’s musical career spans over 40 years, opened the tour in January in Vancouver and will wrap up in Nagoya, Japan at the end of 2019, playing 112 show dates in between.

True to the legacy of KISS, the larger-than-life tour is a massive production featuring lasers, floating drum kits, fire, pyrotechnics and more. disguise gx 2 media servers are powering a key part of the large-scale video for the tour, which features 17 LED video pods above the stage that move in and out via automated winches, a massive upstage LED video wall, and two side screens. 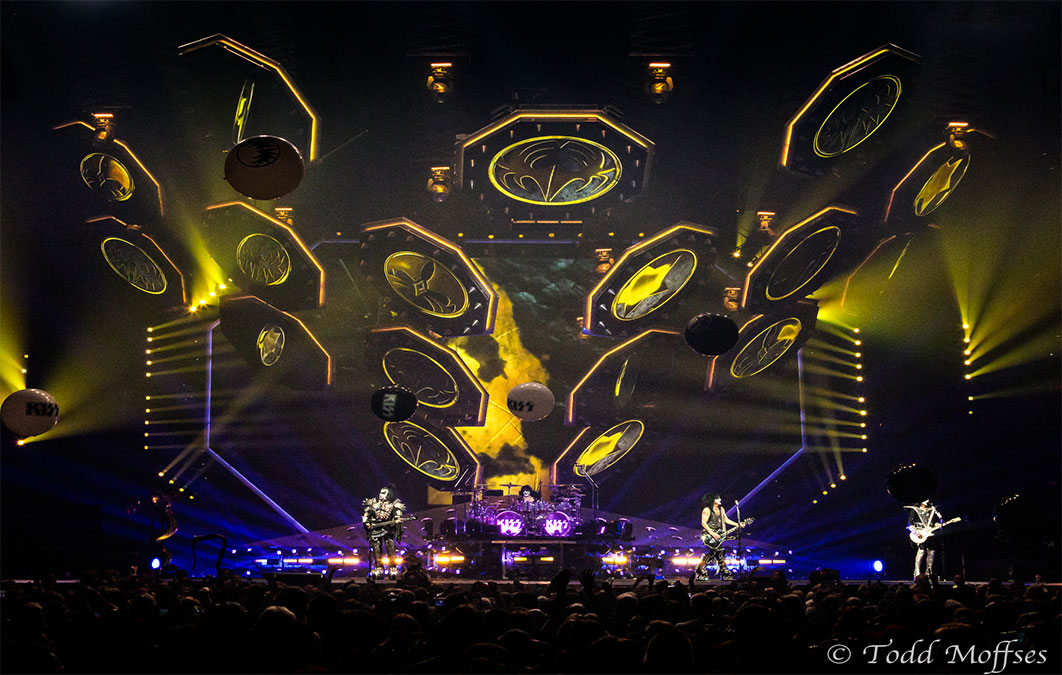 “KISS has an incredible visual legacy spanning multiple decades and multiple generations of fans,” says Danny Firpo, CEO of All of it Now. “Both Robert Long and Sooner Routhier from the SRAE team were incredible in their level of knowledge of the band’s catalog on both a musical and visual level, and they spent days going through footage of the band from 1973 to the present. As a farewell tour, the content serves as a nostalgic retrospective, an environmental backdrop or as a dynamic lighting element while still being modular enough to make changes on the road to account for new songs and new content.”

Danny notes that, “what SRAE wanted to do with this show was use the content as an extension of the band’s stage presence without overshadowing them. This is why IMAG is such an important part of the show – because without all the bells and whistles the band still puts on a pretty incredible show all by itself.” 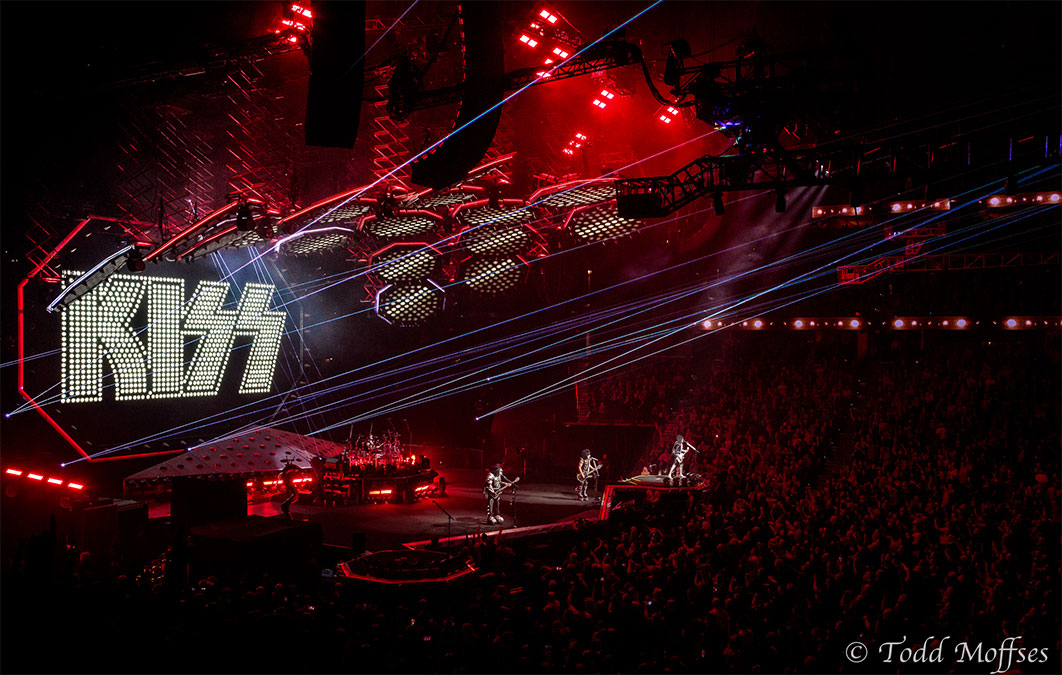 disguise’s gx 2 was chosen for its Notch integration capabilities, Danny reports. “We’re not using a lot of video outputs for the show, but we have a lot of moments in the show where video needs to respond to audio, video or lighting data".

"The gx 2 gives us the graphics firepower we need to render some pretty complex 3D environments in real-time. The system was able to render out Notch IMAG effects effortlessly, and the linking of camera feeds to Notch scenes in disguise is simple and intuitive.”

Danny Firpo, CEO of All of it Now

One of the “truly unique moments in the show” takes place in Tommy Thayer’s guitar solo during ‘Cold Gin’ he notes. “We get an audio input of Tommy's guitar solo, which controls the camera shake in a Notch scene, as well as pulses from the ‘sun’ in the scene. Near the end of this moment video explosions on the LED video pods are precisely timed for pyro and hits: rockets fire out of Tommy’s guitar hitting the pods, and both automation and lighting make the pods look like they’ve been hit. All of this happens within about a minute and ultimately results in a scene that is driven by the performer and maintains the level of spontaneity, showmanship and improvisation that the band is known for.”

In another example, “we take DMX programming from the LED tape around the pods and use it to drive a scene for ‘Let Me Go Rock and Roll’, where ‘virtual lights’ exist in the Notch environment and cast light onto the spike content on the pods,” Danny says. “The goal here was to create a look that was technically transparent enough for the lighting team to control the video screens and still be able to make programming changes. That results in a more cohesive look and feel between lighting and video as the tour continues to evolve on the road.”

disguise especially helpful during the pre-vis phase when the team “wanted to simulate the various automation presets of the pods throughout the show so that we could identify when content on the main screen would be blocked and adjust the placement of the content accordingly,” he explains. 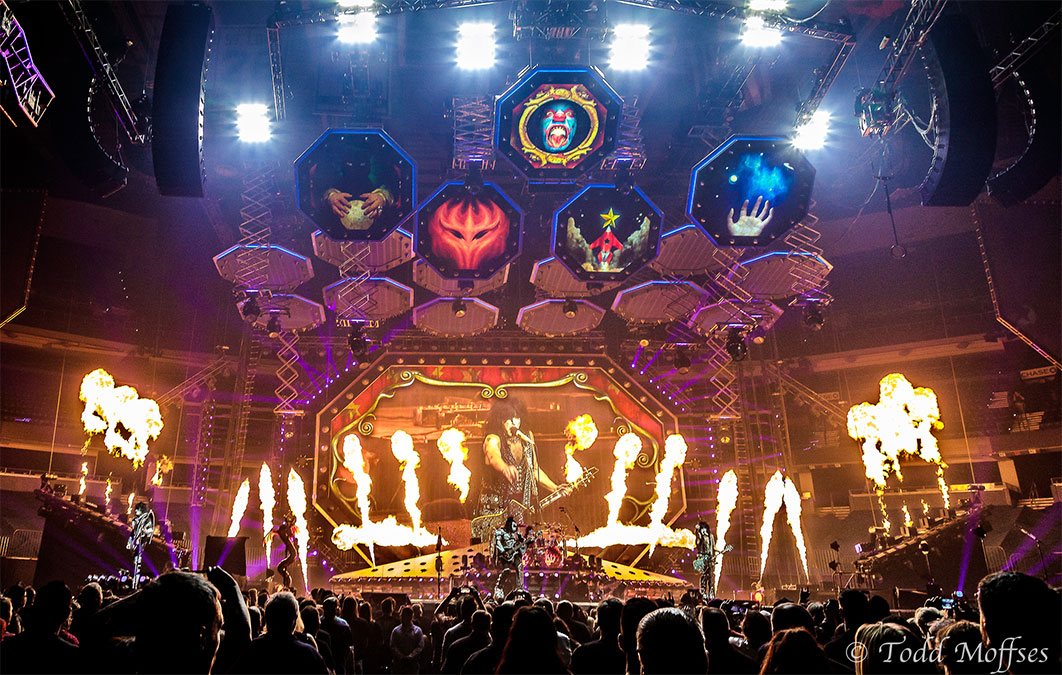 “During rehearsal, the 10G networking and content ingestion system saved us hours of media management time through an incredibly streamlined versioning system built in the disguise platform. And working with 4U2C on the content side was great, as they’d worked with disguise extensively and were already familiar with best practices for versioning. The content team was working on-site right alongside us; we put their content drive on the same 10G network as the gx 2s and were able to transfer all of the content over the network.”

In the disguise workflow “the ability to respond to the performers was crucial. We used a combination of timelined content and several Sockpuppet video layers to override content with IMAG feeds during solos or audience callouts, as well as trigger video loops for new songs added throughout the tour.” 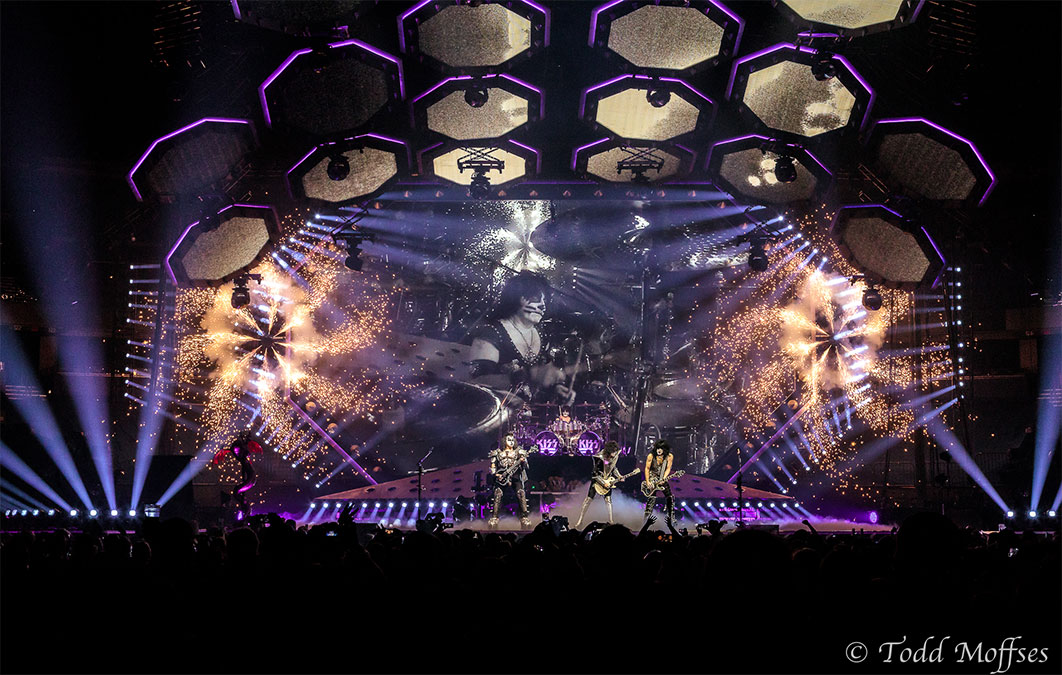 The year-long End of the Road World Tour called for a robust media server, according to Danny. “The durability of the disguise hardware platform was an important consideration as once the tour starts, it doesn’t stop for a long time,” he says. “The schedule of the tour also creates a situation where there’s not a lot of time for troubleshooting. So it was important that we’d had a good experience with the gx 2 on previous tours.

“Since we’re moving through European, Asian and American markets we needed a hardware solution that could work across all voltages, frame rates and environments,” he adds. “Besides arenas and stadiums, we’ve also had outdoor festival shows for the European leg and, so far, the servers have dealt with the elements well.”

He notes that the benefit of using the disguise platform is the extensive disguise rental partner network around the world. “So if we did need to replace our servers we can rely on a worldwide network of certified rental partners to provide the same gx 2 model that we’re using on the tour,” Danny concludes. 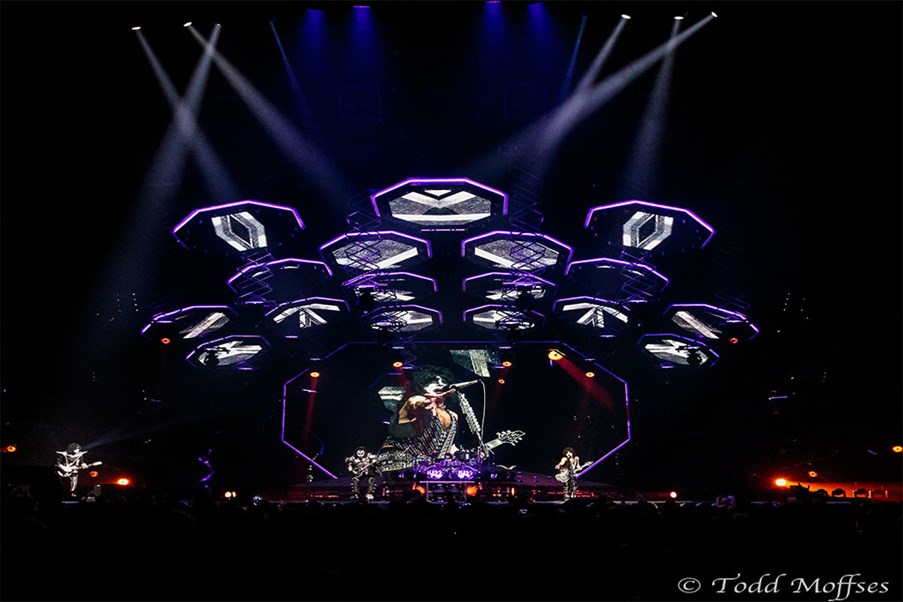 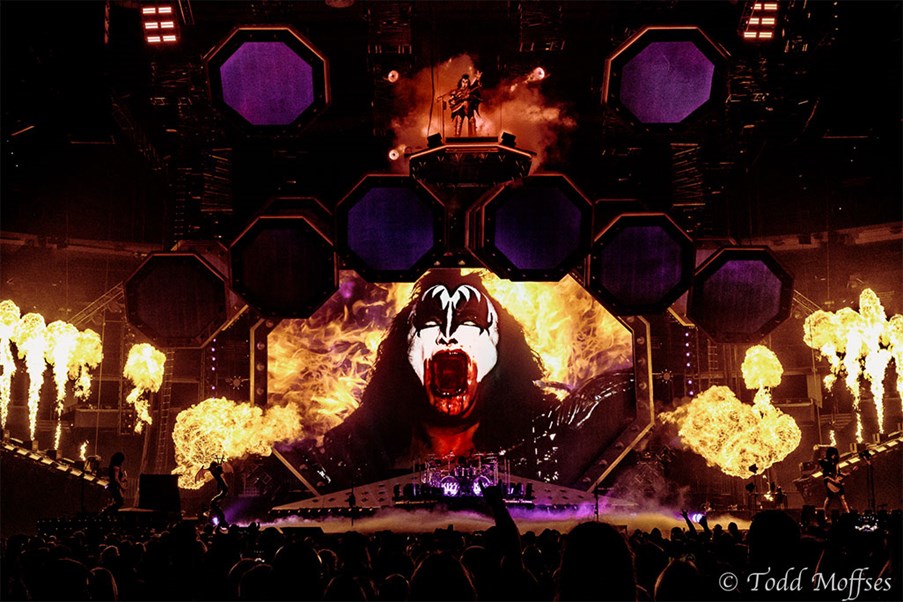 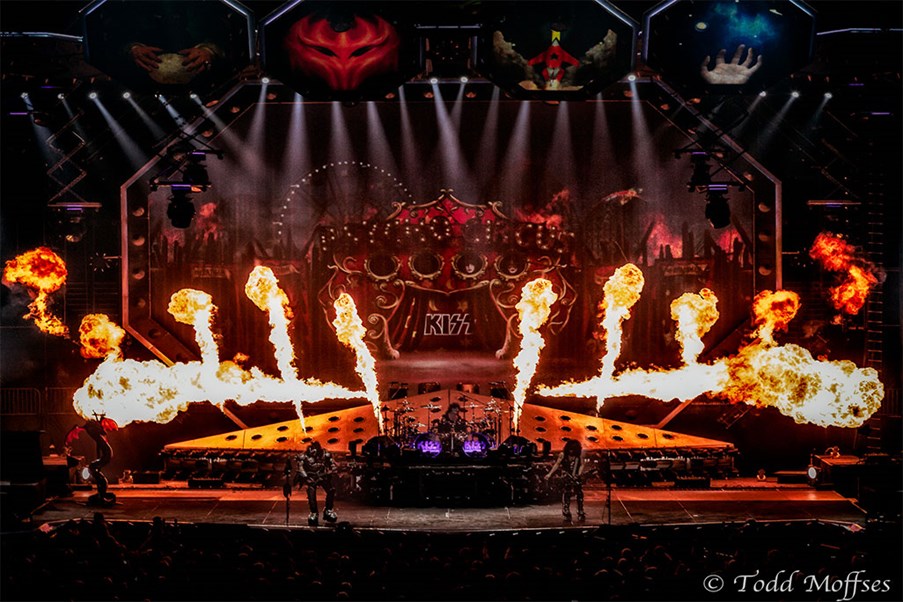 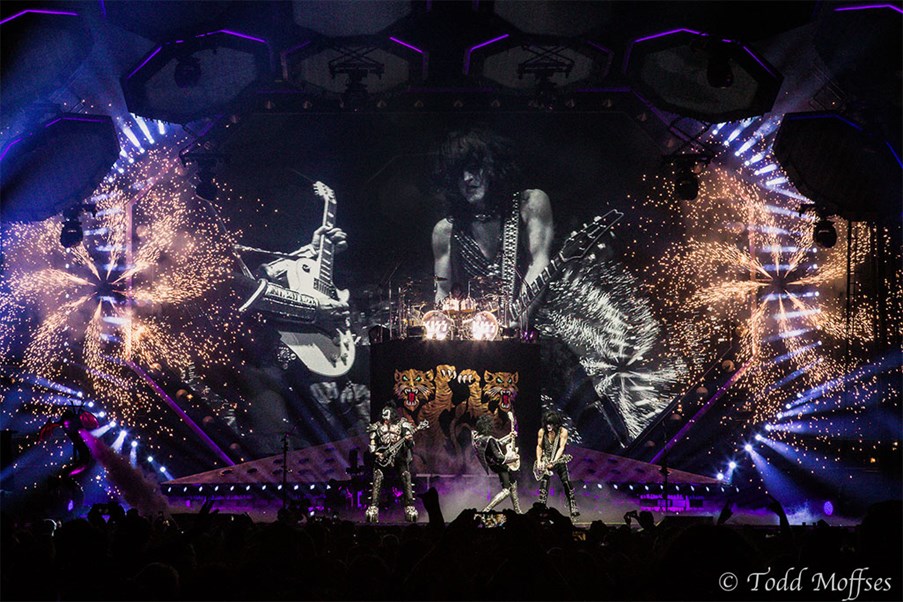 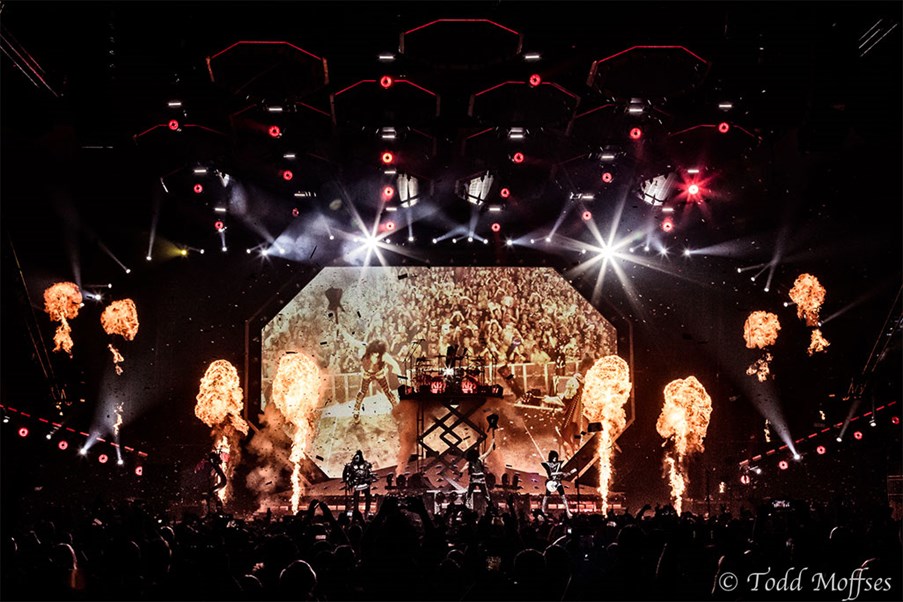