Billie Eilish 'When We All Fall Asleep' World Tour 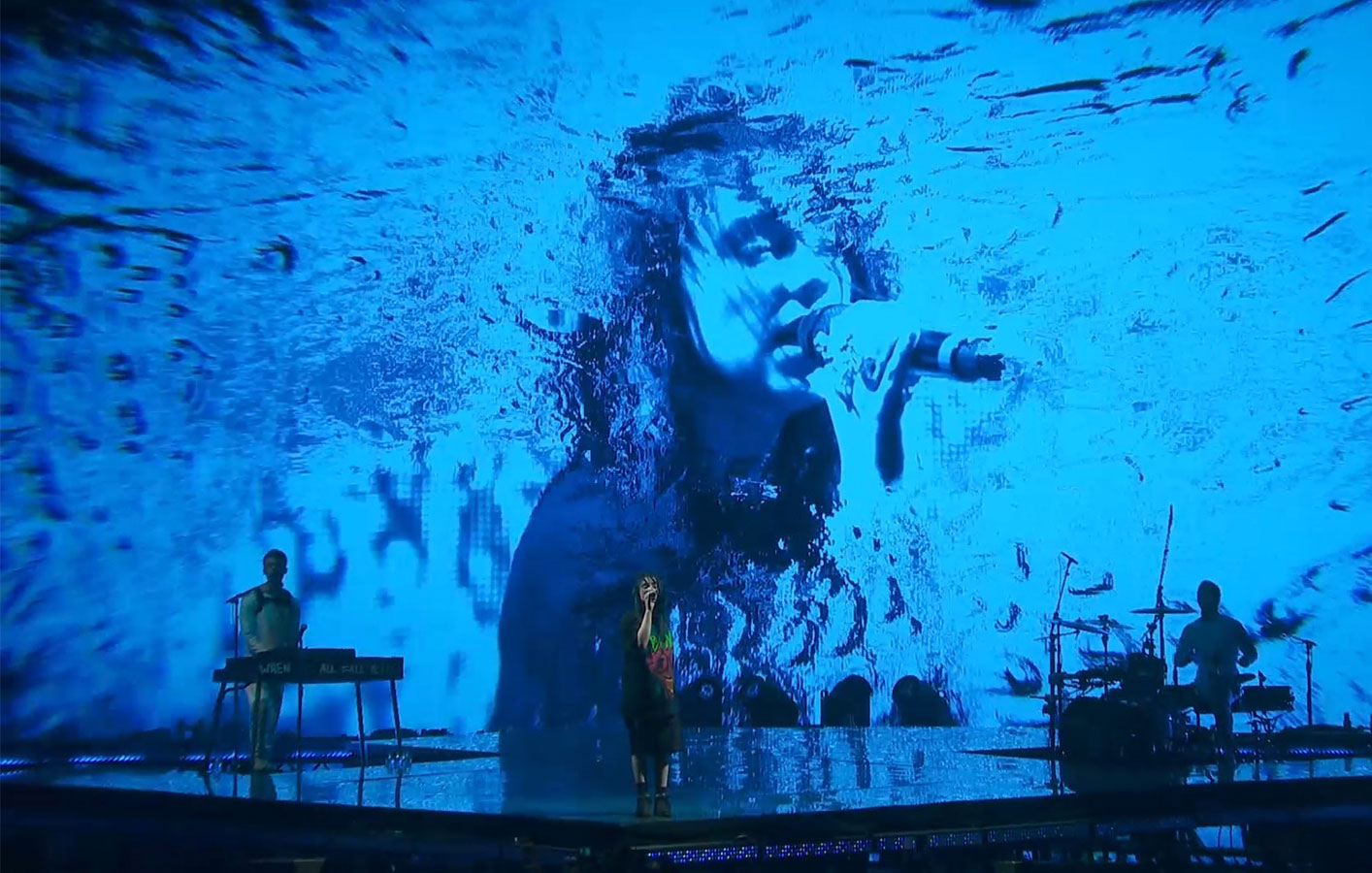 disguise gx 2 media servers stay up all night on Billie Eilish’s ‘When We All Fall Asleep’ World Tour.

American pop singer/songwriter Billie Eilish is approaching the half-way mark of her ‘When We All Fall Asleep World Tour,’ which is supported by disguise gx 2 media servers.

The tour, named after Billie Eilish’s number one debut studio album, began as part of Coachella in April and will play 67 dates in North America, Europe and Oceania before wrapping in Mexico City in November 2019. 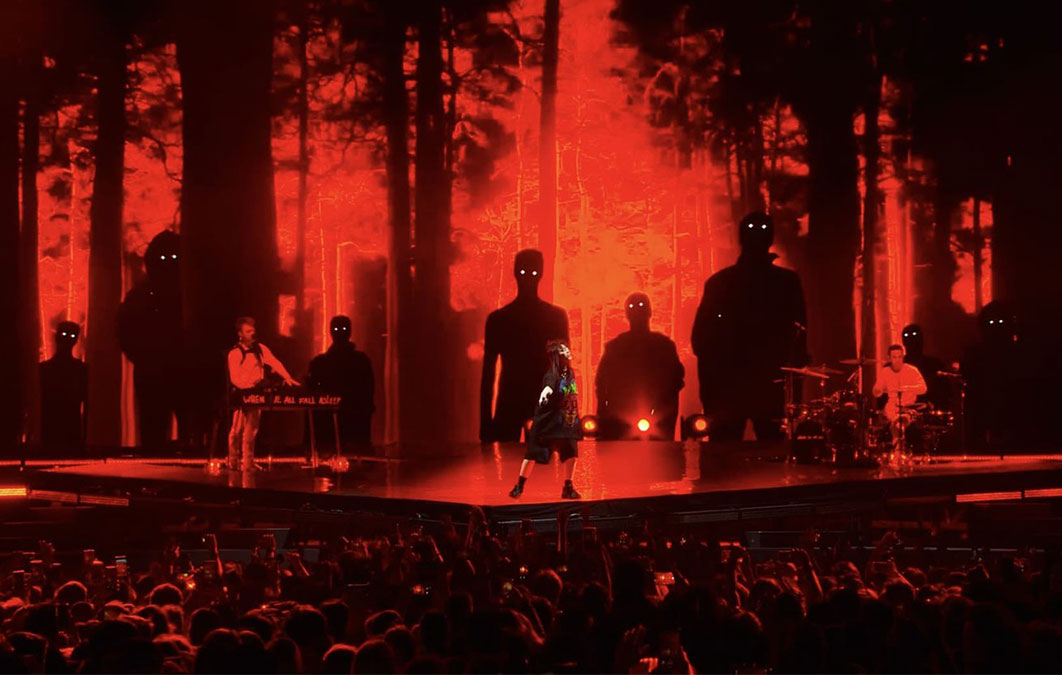 “Cour Design tasked us with coming up with visuals based on a nighttime journey through Billie’s dreams and nightmares,” says Tom Brightman, Creative Director of Comix, which handled the content design. “We set to work developing individual treatments for the songs. The show would begin by introducing a nightmarish landscape then each song would be represented by its own dream world from the inner demons of ‘Bury a Friend’ to the doppelganger-infested forest of ‘Copycat.’ We were excited, we knew Billie’s reputation for pushing creative boundaries combined with this interesting concept and could tell this was going to be a great experience.”

According to Lewis Benfield, Video Director, “disguise has a lot of advantages when handling a show like this. Its versatility is perfect for a camera-heavy, time-coded show from its pinpoint accuracy when playing back large-format content with timecode, to Notch integration and the smooth capture and playback of cameras, which were all paramount to this show. We couldn’t afford any lag anywhere in the system and it was all going to be time coded so it made perfect sense to use disguise as our playback system.”

With a very short turnaround time “combining content creation tactics alongside disguise’s layering of sequences and ability to edit on the go, and work in the timeline like editing software does resulted in a very productive workflow both for rehearsals and the ongoing show,” Lewis reports.

“disguise’s reliability and amazing performance also took a real weight off our shoulders. No crashes, no frame dropping with live cameras, instant communication with Notch files…fantastic!”

He notes that, “we wanted to get as much GPU performance as we could for Notch as we have numerous looks that we designed, and disguise’s gx range is the best when it comes to running Notch. Not to mention the amazing I/O, which fits our every need; timecode; cameras; outputs. The ability to easily tie other departments is also brilliant.”

The show’s initial focus was on Coachella but Lewis also had to think about the subsequent festival and tour dates. “The rig had to be robust enough to be flown to new shows every day, rushed to FOH on those tight festival timelines and contain the power needed to run the shows.”

The Coachella kick off required the gx 2 to have two 4K outputs and three full HD outputs for an upstage HD LED video wall, 4K LED floor and a pair of HD IMAG screens. Subsequent shows opted for one 4K and four 1080 outputs, which offered more flexibility on the road with festival setups.

“Having the ability to swap output cards on the servers at any given time is ideal, so we can always revert to two 4K outputs if need be and vice versa,” Lewis reports.

The media server has been “rock steady for every show,” he says, despite dust in Coachella, thunderstorms and tornado warnings in Nashville, and lots of plane flights. “It’s still a silky smooth 60fps at 4K.”

Vis a Vis Video provided the media servers for the tour. “They did a great job with the custom-built cases for the gx 2s and made them flyable, which is important when it comes to festival dates, “ Lewis says.